Hello everyone, I have a story about how I came to realise that NZSL is its own language, this happened long time ago when I was about 14.

When I was small, up until I was 14, I lived in Latvia which is a country in Europe. I grew up using Russian Sign Language and Russian spoken language as my family are all hearing. I lived my life thinking everything was normal. I went to a Deaf school there, using sign language there.

Then we moved to Auckland, and went to Kelston Deaf Education Centre. Next door was a Girls High School with a Deaf Unit where there were a few Deaf students. Overseas I was used to a Deaf school with over 300 Deaf students so came here to see only 15-20 students in the Deaf Unit. I went in looked around and saw students using sign language, I picked up that they were using different signs. It was different to Russian Sign Language.

Back overseas my parents told me that I would learn a new language, English, but they never told me that NZSL was its own language or that Russia had its own sign language. I never thought about it.

This was fascinating for me, I was about 13/14 years old. I realised that sign language and English were separate languages. This had a big impact on me. After that I loved learning NZSL and learnt more and more. After three months communication was still slow but after one year it was easier and I could follow what was going on. After 2,3,4,5 years I became more and more fluent.

Looking back it was a great experience. So that is the end of my story. 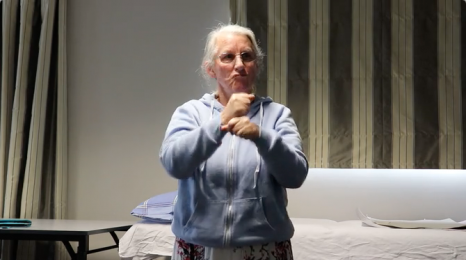 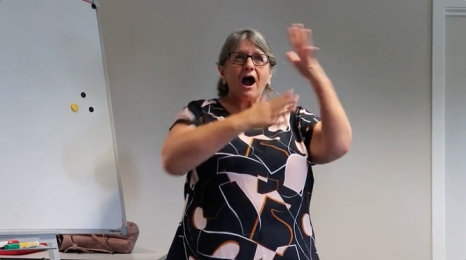 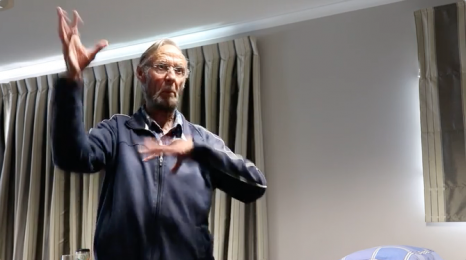 The waving, pointing arms and hands