skip to search skip to navigation skip to main content skip to footer
Home COVID What? My MIQ story

Kia ora everyone, I'm Monari and this is my sign name. As Deaf people we face many barriers on a daily basis, one of those obvious challenges right now being the wearing of face masks. They obscure the mouth and this makes communication very difficult and disheartening for Deaf people.

I'd like to share with you one experience I have had while working in an MIQ hotel in the CBD. This facility is used for international travellers coming into New Zealand required to isolate for 14 days.

I was in one of the rooms doing my usual housekeeping cleaning, changing the bed, replenishing items in the bathroom and so on when a man suddenly appeared in the room and startled me. He wasn't wearing a mask and started speaking to me, so I indicated that I was Deaf by tapping my ear and tried communicated we need to keep two metres apart and mentioned again that I was Deaf. He looked flustered at this, seemed to mutter that it was nothing and turned to exit the room so I quickly motioned to him that it was ok and we could communicate by writing to one other. He shook his head, declined my offer and promptly left. I didn't understand his reaction but I thought to myself, whatever, and I let it go.

A few minutes went by as I continued my duties and then I saw a security guard appear at the door. He attempted to communicate with me but unfortunately his mask was hiding his mouth so there was no way I could lip read what he was saying but it was something about the man who had tried to speak to me earlier. I motioned I was Deaf and he said "Oh, ok." He then pulled out his phone and started texting on it. Once he had finished, he handed me the phone and his message asked me whether the man had wanted to access the room and what he had asked me and was he wearing a mask. I said that he wasn't and that we stayed at a distance from one another and that the man stood by the door. I said the man hadn't asked me anything. The security guard was ok with this and quickly exited the room. I was left perplexed by the whole encounter.

After some time the same security guard returned and again used his phone to communicate with me. This time he asked to borrow a face mask, if I had one. I replied that I did in my housekeeping cart and went to get one for him. He took it and left. I watched him leave, still confused (by the situation). I decided to forgot all about it and turned my focus back to my duties.

A short while later my supervisor turned up outside my room and started communicating with me by writing on a piece of paper. I was asked a very similar question, like the one that the security guard had asked me previously. Again I explained that the man and I had remained a distance from each other and that he wasn't wearing a mask but that I was (wearing one). My supervisor then told me that when I was working I should do so with the door closed. I was fine with this and was happy to accept his instructions. After he left, I shut the door behind him and carried on with sorting out the room.

Once I was finished I then opened the door to find the same security guard waiting outside. He told me, again by texting on his phone, that the man who had approached me that morning was asking to borrow a face mask from me. I thanked the security guard for letting me know and he left.

I thought back over the situation and realised it all made sense. The reason why he wasn't wearing a mask in the first place and why he was desperately trying to communicate to me but gave up and left because he really needed to find one.

Well that's the end of my story and you can see from that it's not easy to communicate while wearing a mask!

Stay safe everyone and see you later! 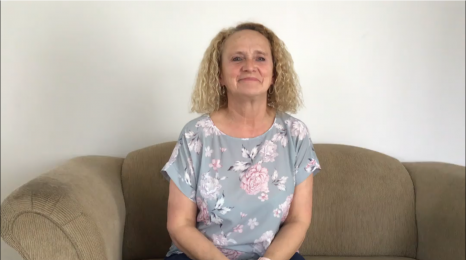 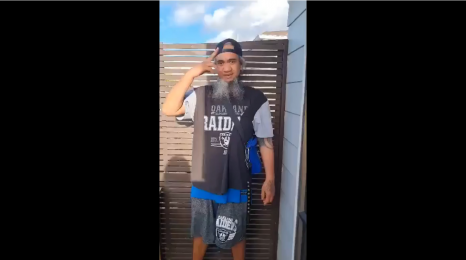 It was really bad

I listened to Prime Minister on news